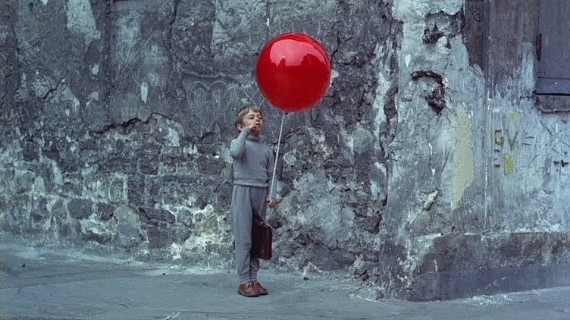 Kiddomatic is a film festival hosted by The Roxy Theater, Missoula’s community theater. Formerly known as the Montana International Children’s Film Festival founded in 2011 by Christy Ann Brown, this festival celebrates the kid in all of us. Now overseen by The Roxy and supported by the Global and Cultural Affairs of Arts Missoula program, this festival boasts a collection of international films to inspire our youngest community members to become global citizens and the next cinephiles.

SYNOPSIS:
The Red Balloon (Le Ballon Rouge) remains one of the most beloved children’s films of all time. In this deceptively simple, nearly wordless tale, a young boy discovers a stray balloon, which seems to have a mind of its own, on the streets of Paris. The two become inseparable, yet the world’s harsh realities finally interfere.

Antoine Lamorisse used his children as actors in the film. His son, Pascal, plays himself in the main role, and his daughter, Sabine, portrays a young girl.
The film won numerous awards, including an Oscar for Lamorisse for writing the Best Original Screenplay in 1956 and the Palme d’Or for short films at the 1956 Cannes Film Festival.

To watch this and more than 35 other films, head to https://kiddomatic.org/ to procure your all-access pass and enter the festival! Kiddomatic runs from November 13 - 30.