The World View Film series, hosted by Global & Cultural Affairs in ARTS Missoula, is back at the Roxy Theater this fall, featuring four movies about "Cultures in Flux."

Every person through the door at each World View film night receives a raffle ticket for a dinner for two at a Missoula restaurant (until auditorium seating capacity is reached).

New this Fall:
*       Following each film, Humanities MT speaker Marisa Diaz-Waian will facilitate a community conversation, inspired by questions raised in the movie. The conversations, have the aim of creating a space for thoughtful dialogue, reflection, and sharing.

*       Every person that comes to World View film receives a raffle ticket for a dinner for two at a Missoula restaurant. Winner of the raffle prizes will be announced at the end of the community conversation.


The Breadwinner: From executive producer Angelina Jolie and the creators of the Academy Award®-nominated The Secret of Kells and Song of the Sea, comes the Academy Award®-nominated feature based on Deborah Ellis’ bestselling novel.Parvana is an 11-year-old girl growing up under the Taliban in Afghanistan in 2001. When her father is wrongfully arrested, Parvana cuts off her hair and dresses like a boy in order to support her family. Working alongside her friend Shauzia, Parvana discovers a new world of freedom–and danger. With undaunted courage, Parvana draws strength from the fantastical stories she invents, as she embarks on a quest to find her father and reunite her family.Equal parts thrilling and enchanting, The Breadwinner is an inspiring and luminously animated tale about the power of stories to sustain hope and carry us through dark times. 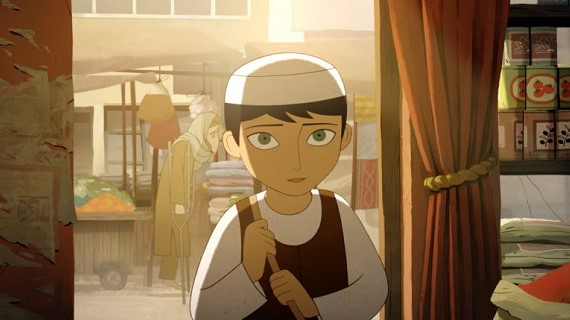