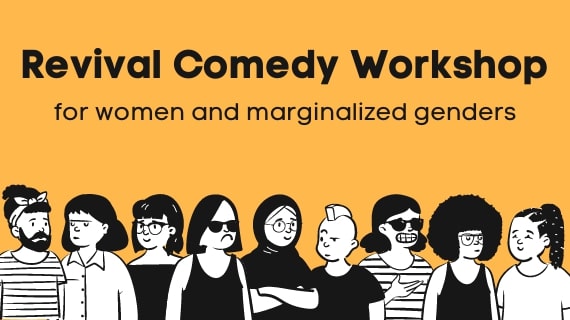 Revival Comedy Workshop For Women & Marginalized Genders5:30 to 7 PM in the Roxy AnnexThe Revival Comedy Workshop is a free comedy workshop and salon for female-identifying folk, trans folk and non-binary folk: a place to talk about comedy and meet others in the community, from stand-ups and musicians and comic-drawers to podcasters and writers.We don't care if you've been on the comedy scene for years or if you just want to learn more about humor, jokes, and making people laugh—come and learn more about creating, collaborating, and performing in a welcoming environment.This workshop is immediately followed by the Revival Comedy Open Mic, where anyone can sign up to try 5 minutes of stand-up comedy.