David Lynch’s official bio reads: “Born Missoula, Mont. Eagle Scout.” And while those who are familiar with his brand of dark and disturbing cinema may suspect there is much, much more, perhaps those are the two essential ingredients that make up his strange and wonderful aesthetic, an aesthetic that can only be called “Lynchian." Mining the depths of his subconscious, Lynch has crafted a brilliant oeuvre of troubling yet familiar dreamscapes populated with particular characters, odd dialogue and bizarre scenarios that merge genres as disparate as film noir, the 50s coming of age picture, and the musical, sometimes all at once. But far more than pastiche, Lynch's films pioneer new forms, from his groundbreaking experimental debut Eraserhead (1977) to his widely lauded masterwork Mulholland Drive (2001). On the occasion of Lynch’s 75th birthday, a year that marks 50 years of his decidedly unique filmmaking, Mr. Lynch’s hometown movie theater is very proud to present a retrospective of his finest work.

Mulholland Drive: A love story in the city of dreams . . . Blonde Betty Elms (Naomi Watts) has only just arrived in Hollywood to become a movie star when she meets an enigmatic brunette with amnesia (Laura Harring). Meanwhile, as the two set off to solve the second woman’s identity, filmmaker Adam Kesher (Justin Theroux) runs into ominous trouble while casting his latest project. David Lynch’s seductive and scary vision of Los Angeles’s dream factory is one of the true masterpieces of the new millennium, a tale of love, jealousy, and revenge like no other. 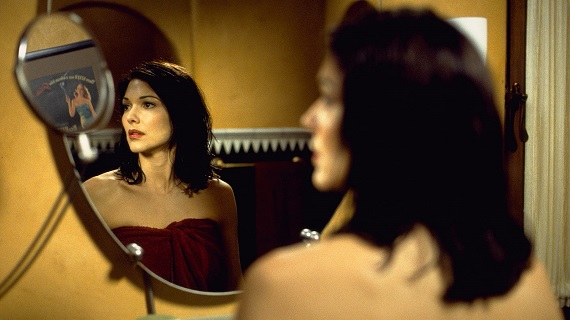