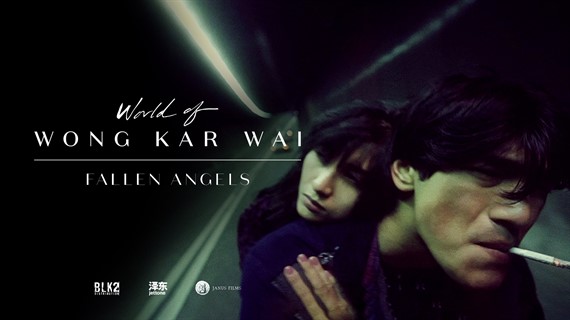 World of Wong Kar Wai: With his lush and sensual visuals, pitch-perfect soundtracks, and soulful romanticism, Wong Kar Wai has established himself as one of the defining auteurs of contemporary cinema. Joined by key collaborators such as cinematographer Christopher Doyle, editor and production and costume designer William Chang, and actors Tony Leung and Maggie Cheung, Wong (or WKW, as he is often known) has enraptured audiences and critics worldwide and inspired countless other filmmakers with his movies’ poetic moods, narrative and stylistic daring, and potent themes of alienation and memory. Whether tragically romantic, soaked in blood, or quirkily comedic, the films in this retrospective are an invitation into the unique and wistful world of a deeply influential artist.

Janus Films is proud to present the following Wong Kar Wai classics in brand-new 4K restorations, in addition to a new director’s cut of The Hand: As Tears Go By, Days of Being Wild, Chungking Express, Fallen Angels, Happy Together, and In the Mood for Love.

Lost souls reach out for human connection amidst the glimmering night world of Hong Kong in Wong Kar Wai’s hallucinatory, neon-soaked nocturne. Originally conceived as a segment of Chungking Express only to spin off on its own woozy axis, this hyper-cool head rush plays like the dark, moody flip side to Wong’s breakout feature as it charts the subtly interlacing fates of a handful of urban loners, including a coolly detached hitman (Leon Lai) looking to go straight, his business partner (Michelle Reis) who secretly yearns for him, and a mute delinquent (Takeshi Kaneshiro) who wreaks mischief by night. Swinging between hardboiled noir and slapstick lunacy with giddy abandon, Fallen Angels is both a dizzying, dazzling city symphony and a poignant meditation on love, loss, and longing in a metropolis that never sleeps.

Stream the film directly from the distributor here!

For a pass to stream the entire World of Wong Kar Wai series, click here.